Fresh to Fierce with Arbonne 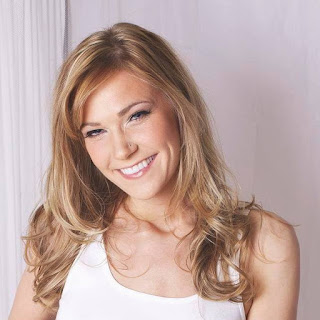 Get ready for some good CLEAN makeup fun! I met up with Arbonne District Manager, Erica, a few weeks ago to play with her Arbonne makeup and create a few simple looks she could create on her self as well as demonstrate on her clients.

We started with a day time look, went for a wedding look (it's wedding season after all) and then we did a dramatic night time look. As some of you already know, Arbonne is a GREEN company it is an earth friendly organization with pure, safe, beneficial products and cruelty–free formulas. 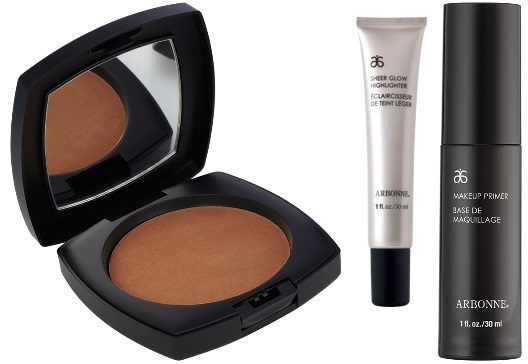 In testing out the products, here are my 3 favorites from left to right:

Other products used were: The blossom blush, which really is the perfect shade to use sparingly for a more natural look or pack some on for a little punch. Nice and rosy finish! We used the eyeliners cocoa & toffee. The cocoa Eyeliner is dark enough for some drama but very nice for a more fair complexion and light eyes like Erica's. Toffee we actually used to even out her brows. We applied this verrrryyy lightly and with an eyebrow brush for a natural look. We tried out both the CC cream and the perfecting liquid foundation. Surprisingly the CC cream had more coverage than the foundation I felt. The mascara we used in all 3 looks was It's a Long Story Mascara (Erica's favorite!) The lipgloss we used in all three looks I LOVED it is Glossed over lip gloss in Linden. It is the perfect peachy-pink and their claim to fame is "maximum lip shine with major softness. Plant extracts and peptides leave lips feeling quenched and intensely moisturized for a smooth-looking, plumped-up pucker" 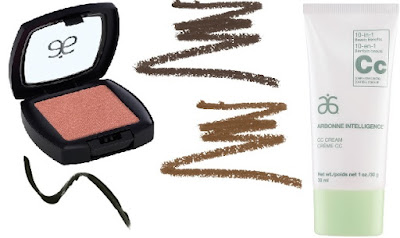 THIS IS HOW WE DID IT:
Day look: makeup primer, perfecting liquid foundation in Buff, blush in blossom, eye shadow: linen all over entire lid, smoke very lightly in crease. Eye liner in cocoa to lightly line the eyes along top lash line and about half way across the bottom lash line. We used toffee for eyebrows. On the lips we used glossed over lip gloss in Linden.
Wedding: Arbonne Intelligence CC Cream in  light mixed with Perfecting Liquid Foundation in Buff, Bronzer under the cheek bone, sheer glow highlighter on brow bone as well as cheek bone and a dab on cupids bow. Eye shadow in chocolate along lower lash line, outside corner, and lightly in crease.
Vanilla (under brow on top of a dab of the highlighter), liquid eyeliner in black along the top/upper lash line, lip liner in Tulip and glossed over with Linden.
Night time: Kept the same as the wedding for face, but changed the eyes. We added eyeshadow in titanium in the outer crease and along lower lash line. Then packed in some smoke inside the crease or her eyelid. We also added some false lashes which were obviously not Arbonne -however still cruelty free! 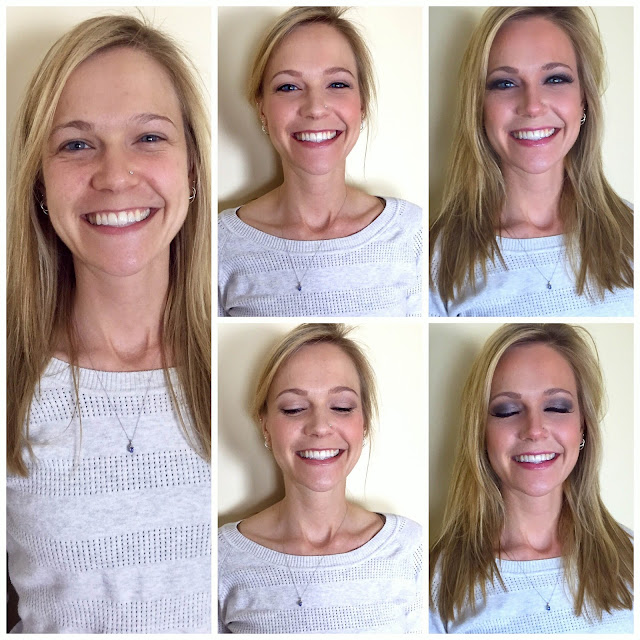 ENJOY! Xo
Posted by Makeup by Jessalyn at 8:14 AM No comments: